The Rotary Club of Safety Harbor will have its annual free Thanksgiving Dinner for Elders Saturday, November 23rd at the First Baptist Church in Safety Harbor beginning at 12:00 P.M

.  Rotarians expect to feed as many as ninety people.  Student members of the Interact Club of Countryside High School will serve the food.  Live music will be provided as usual.

Our speakers this week are brothers Peter and Paul Christiano of Marlin Title in Safety Harbor.  They will discuss title insurance and chains of title.  Peter is a former Rotarian and Paul will be inducted Friday as the Rotary Club of Safety Harbor’s newest member.

As always, Rotarians are invited to join us for breakfast and make up a meeting at the Safety Harbor Resort and Spa. 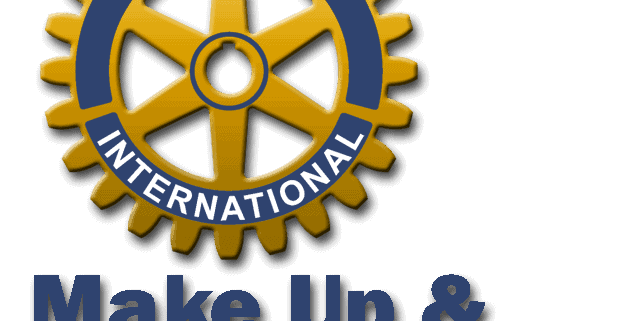 The Rotary Club of Safety Harbor will be having Club Assembly at its regular meeting this Friday.  Topics of discussion include the District Governor’s recent visit, Rotary International Bylaws and our upcoming Thanksgiving Dinner for Elders.

Rotarians are welcome to join us and make up a meeting. 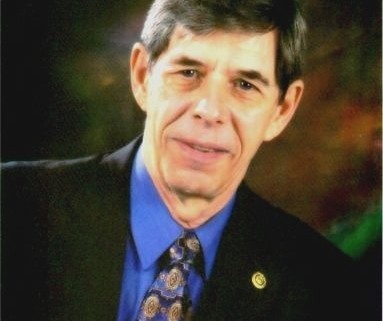 District Governor Roger Proffer of Rotary District 6950 will speak at the regularly scheduled meeting of the Rotary Club of Safety Harbor this Friday, October 18th at the Safety Harbor Resort and Spa at 7:30 A.M.  This is part of the Governor’s annually scheduled visit.  Governor Proffer will also preside over the Board of Directors Meeting immediately following the regular meeting.

Rotarians are welcome to attend and make up a meeting.

The Rotary Club of Koshigaya-South is Corey Yeung’s host club.  He recently sent the following  report on his experience in Japan:

Hey everyone, it has now
been almost a month in this amazing country and it has passed so quickly. I’ve started school and even though it has been tiring and busy, it’s great to finally get to hang out with friends. The people in Japan are so kind and they are always willing to help me.So since my first blog, so much has happened; I met the other exchange students in my district and also started school. Meeting the other exchange students was definitely exciting as I was given the chance to start making friends and get to know how their experience
in Japan is going too. The orientation was for two days and we all got to stay overnight at a traditional Japanese hotel which was a great experience to further step into the Japanese culture. We also got to go to the Hikawa Jinja (Japanese Shrine) and learned how to properly give our respects. We then proceeded to learn about the tea ceremony and its specific technicalities. This day was full of the rich tradition of Japanese culture and I was able to spend it with my fellow exchange students.Aside from meeting the other
exchange students, starting school was something I was really looking forward to. It is definitely mentally (and physically) tiring but all of this is part of the experience. However, the first week and a half wasn’t the normal school schedule. The school was preparing for the school festival and so much preparation was made. It was surprising how all the students prepared for the
festival. They went to the supermarket nearby and got a bunch of recyclable boxes, flattened it out, brought it back to school, and made art out of it. And when people looked at the final result, they could see the amount of effort the students did to make this festival possible. Most rooms were different from each other and there were plenty of activities to do. My classroom was a
relaxing area where you could sit and talk with friends. The other classrooms ranged from scary houses and snack shops, to quiz games and art galleries. And it wasn’t just the students or teachers who enjoyed the festival, many people from outside the school came too.The starting day of the festival, all the students and teachers went to a theater room nearby the school called
Sun City. That is where performances were done to represent the start of the festival. It was colorful, comedic, and entertaining. There were several dance performances by the students, and music played by the school band. There were also awards given out at the beginning of the ceremony as well as short introductory speeches. Including myself, there are three exchange students, the other two are from France and Germany. We were told to give a short speech
about ourselves in front of all the students and teachers that day (about 1,000 people) and surprisingly it wasn’t extremely nerve-racking. I was a little nervous but I was also excited to introduce myself to everyone. I do have to admit that the words almost escaped me during my speech but I was able to say everything that I wanted to.After the festival was when I began the
normal school schedule. So this is a general schedule of a standard school day for me:7:00- I wake up and wash up.7:30-8:00- I eat breakfast.8:00-8:15- I ride my bike to school and remember to park my bike on the upper (second) level (third year students park their bike on the first level).8:15-8:35- Study and talk in my classroom until “Short Homeroom” starts.8:35-3:15- Classes; though on Monday, the classes are until 4:15. Lunch is at 12:40.3:15-6:00 (end time varies) – My club activity: Track and Field. On Friday’s I go to the Interact Club.Around 6:30- Get settled in at home.Around 8:00- I eat dinner and we talk/watch television.10:30- I go upstairs and go to bed.So
this is the general schedule of my school day at Koshigaya-Minami High School.  The club I wanted to join was soccer, but I was unable to. However I was able to join Track and Field which I am just as satisfied with. And anyways, I get to play soccer after club activities on Friday’s with the guys in the Interact Club and so I still get to play soccer for fun. What is really different for me is how much exercising there is. Aside from Track and Field practice, I have PE three days of the week where all the students basically run long distance.  Though for some reason, I don’t feel as tired all the time (probably due to the fact that I exercise a lot now) and so when I get home, I can still study. And the idea that Japanese people eat small portions is not how it is in my case.
Each meal is very filling and sometimes I can’t even finish it all because there is so much food! Still, the meals are delicious! Right now, a pretty noticeable problem for me is remembering all these new names. I’m already not that good at remembering names, but when I have to know over 50 names (my class/teachers, and club members) in Japanese, that task becomes difficult.
Nevertheless, the school is an exciting place to be and is something I enjoy.
So until next time, でわまた！

Corey may be reached at corey.yeungsoccer28@gmail.com

This site uses cookies. By continuing to browse the site, you are agreeing to our use of cookies.

We may request cookies to be set on your device. We use cookies to let us know when you visit our websites, how you interact with us, to enrich your user experience, and to customize your relationship with our website.

Click on the different category headings to find out more. You can also change some of your preferences. Note that blocking some types of cookies may impact your experience on our websites and the services we are able to offer.

These cookies are strictly necessary to provide you with services available through our website and to use some of its features.

Because these cookies are strictly necessary to deliver the website, refusing them will have impact how our site functions. You always can block or delete cookies by changing your browser settings and force blocking all cookies on this website. But this will always prompt you to accept/refuse cookies when revisiting our site.

We fully respect if you want to refuse cookies but to avoid asking you again and again kindly allow us to store a cookie for that. You are free to opt out any time or opt in for other cookies to get a better experience. If you refuse cookies we will remove all set cookies in our domain.

We provide you with a list of stored cookies on your computer in our domain so you can check what we stored. Due to security reasons we are not able to show or modify cookies from other domains. You can check these in your browser security settings.

These cookies collect information that is used either in aggregate form to help us understand how our website is being used or how effective our marketing campaigns are, or to help us customize our website and application for you in order to enhance your experience.

If you do not want that we track your visit to our site you can disable tracking in your browser here:

We also use different external services like Google Webfonts, Google Maps, and external Video providers. Since these providers may collect personal data like your IP address we allow you to block them here. Please be aware that this might heavily reduce the functionality and appearance of our site. Changes will take effect once you reload the page.

The following cookies are also needed - You can choose if you want to allow them: